[Per ePSI Platform] Unused buildings and Open Data in Bologna: the need for a shared vision

Recently the municipality of Bologna has released an app to visualize Open Data datasets related to the council’s real estate property which is unused.

In the map, people may consult three kinds of properties: unused buildings (i.e. those that dont satisfy legal requirements are impracticable or are not large enough for public use), commercial buildings (with position and description) or buildings of value (with expected council’s interventions). The viewers can also suggest their own ideas for the possible usage of these buildings directly to the municipality, using this email address: spazi@comune.bologna.it.

It’s an important effort to make people more self-conscious about their own place and their own city. But there is a risk: there is a lot of fragmentation of efforts and initiatives. We, as Italians, already know it: it’s a typical Italian issue.

Next step? Finding synergies with other similar projects, and the need for a shared vision It’s interesting to see how previous civic projects related to unused buildings mapping have evolved. For example, the project [im]possible living ( more details here ) could make data integrations and visualizations with their data.

We remind that in this area a terrible earthquake ocurred over a year ago: a lot of initiatives were created to help citizens and the local authorities to go on and to make a step forward. Also [im]possibile living had contributed with the project “Map 4 Emilia“, a wiki mapping initiative to collect the available buildings in Emilia-Romagna.

A unified civic effort was created with the support of several NGOs, like ActionAID, OpenPolis, Wikitalia ( Alberto Cottica, me and others are members of this association which promotes Open Government principles and activities in Italy ) and many others, and OpenRicostruzione was created.

The aim of the project was to collect data about impracticable buildings ( damaged by earthquakes ) and money funds to repair them, and then sharing through an open process supported by Open Data. Some of the commonly answered questions were How much money? for Which building? or public entity? Which local project? etc. 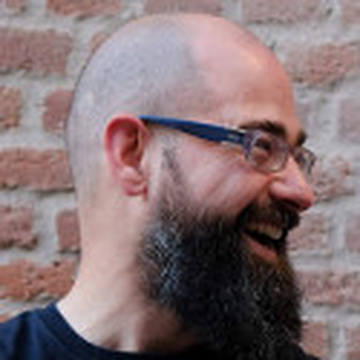